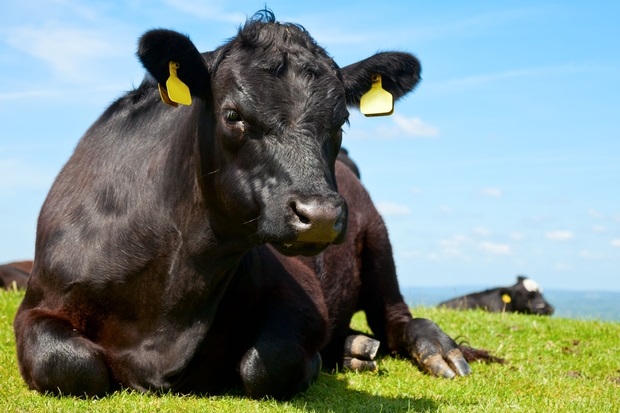 Bovine Tuberculosis (bTB) is an infectious disease of cattle. It is one of the most significant animal health challenges that England faces today, costing taxpayers more than £100 million each year. In 2020 alone, more than 27,000 cattle had to be slaughtered to curb its spread.

It is caused by Mycobacterium bovis, a bacterium which can also infect and cause disease in badgers, deer, goats, pigs and camelids (such as llamas and alpacas), as well as many other mammals.

Bovine TB is a zoonotic disease, which means that it can be naturally transmitted from vertebrate animals to humans.

When an animal tests positive for bTB using a validated and officially approved diagnostic method, the Animal & Plant Health Agency (APHA) is responsible for arranging the rapid removal and slaughter of the animal to limit the risk of the disease spreading.

This is followed either by a thorough post-mortem examination (PME) undertaken by APHA, or in the event that the positive animal goes to an abattoir, meat inspectors will undertake a post-mortem meat inspection (PMMI). Where necessary, APHA may carry out further testing through laboratory culture of tissue samples collected at PME or PMMI to identify the causative bacterium.

The carcases of bTB test-positive or bTB suspect animals that are taken to an APHA laboratory are examined in detail by a veterinary pathologist. The pathologist will look for visible signs (lesions) characteristic of bTB which may be present in certain organs and lymph nodes of the carcase if the disease is sufficiently advanced in the animal. Animals which have tested positive for the disease are considered infected and represent a risk to other animals and are therefore removed straight away from the affected farm without re-testing.

It is not always possible to find visible lesions, or culture the bacterium, in infected animals particularly if the lesions are too small to see. Furthermore, although visible lesions of bTB are usually found in the respiratory tract and associated lymph nodes, their location can vary depending on the route of infection into the animal. The size and number of visible lesions (if present) can also vary and is not always correlated with the length of time an animal might have been infected.

M. bovis is a slow-growing organism that is not easy to culture even in a specialist veterinary laboratory such as APHA (one of only three internationally renowned reference centres for bTB diagnosis and research). However there are a number of tests that can be carried out following a positive diagnosis to find out more about the bacterium involved.

Tissue samples from selected animals that have tested positive for bTB in a herd are taken for further testing (bacteriological culture) in one of APHA’s diagnostic laboratories to try and grow M. bovis and then identify the specific strain of the bacterium through DNA typing or sequencing.  This information can support APHA’s epidemiological investigations into the likely origin of infection for the affected herd.

Additionally, if there is enough suitable tissue left after a sample has been processed for culture, this may be submitted for histopathological (microscopic) examination by an APHA veterinary pathologist. Although a positive histopathology result can help inform certain APHA decisions about the management of a TB incident in a herd, it does not, on its own, provide definitive confirmation of the presence of M. bovis.

From the point of sample collection, it will take a minimum of eight weeks and a maximum of 20 weeks to obtain a final culture result.

The purpose of testing

It is important to remember that infected animals can be contagious before they display lesions or other clinical signs of TB. Therefore, removing them promptly from the herd after a positive diagnosis is an essential part of tackling this disease and ensuring that it does not spread amongst our livestock population or is passed onto humans.

The additional post-mortem and testing processes carried out by APHA are used to identify which strain of the disease is present and help inform decisions on testing other animals in the herd. These can be difficult times for owners and APHA staff are always on hand to provide advice and assistance during this process.

The UK enjoys a hard-won international reputation for animal health, welfare and biosecurity and our standards are second to none. Our strict animal control strategies are central to this. Due to the comprehensive bTB eradication plan in place in the UK, human cases of bTB have been significantly reduced over recent decades and international markets remain open to exports of UK beef and dairy products.

For more information about the removal, post-mortem and culture process for bTB test positive cattle, you can go to:

For more information about bTB and why it needs to be tackled, you can go to: