Scientists at APHA have been examining the relationship between how farmer opinion and farm practices can affect their risk of bovine tuberculosis by teaming up with researchers from universities. 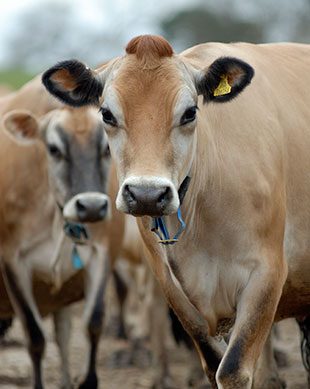 If there is one disease that illustrates the complexities of interactions between epidemiology, farming and politics it’s bovine tuberculosis (bTB). The epidemiology of the disease is in itself extremely complicated, with a myriad of risk factors identified which may have varying levels of influence on the disease and can vary across time and space.

There’s also likely to be many unknown risk factors that either we don’t yet know about, or are unable to measure. In addition they are often inter-related and can influence each other. So then add to this the social and political aspects of controlling the disease and the result is a very complicated problem that can only be tackled with a combination of approaches and expertise.

Working with researchers from universities

With this in mind, scientists at APHA have been examining the relationship between how farmer opinion and farm practices can affect their risk of bTB by teaming up with researchers from the Universities of Cardiff, Exeter, Gloucestershire and Oxford. This inter-disciplinary team including epidemiologists, spatial analysts and social scientists have recently published their findings in the journal Preventive Veterinary Medicine. 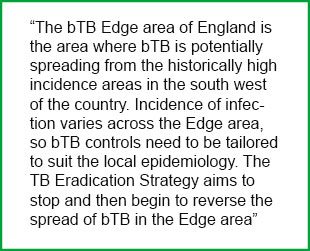 Through a survey of cattle farmers in the bTB Edge area of England, they found that farmers appear reluctant to trust advice on preventive cattle measures, and are more likely to implement badger biosecurity after they experience a bTB incident (commonly referred to as a breakdown).

Farmers with a recent breakdown were less likely to believe in the value of following advice in the prevention of bTB from other farmers, private veterinary surgeons or Government, compared to those with no history of bTB.

The researchers suggest that alternative methods of engaging with farmers who have recently had a breakdown may need to be developed.

In addition, the study detected several farm practices and characteristics that increase the risk of a breakdown. Overall, larger herds, herds that purchased cattle at market and herds in which an animal had previously had a suspicious, but ultimately negative TB test (inconclusive reactor) were at a higher risk of having had a recent breakdown. Herds that had other infected herds bordering their own were also more likely to have had a recent breakdown. Farms that did not buy an animal (so called closed herds) did not have a lower risk of a breakdown. Beef herds using grazing land more than 3 km away from the main farm and dairy herds that had Johne’s disease in the previous 12 months were three and five times more likely to have a recent history of a breakdown, respectively.

The team interviewed 337 farmers, located in areas of England and Wales that were considered recently endemic for bTB, by telephone. Of these, 113 had a recent breakdown and 224 had no history of bTB. They asked farmers about a range of farm management strategies, farm characteristics, herd health, wildlife and biosecurity measures. They also asked a series of questions that focussed on farmers’ perception of whether bTB was endemic in their area and their feelings of control, openness and social cohesion. The scientists were interested in how the farmers thought and felt, for example whether they felt under threat from bTB, where the main threat was coming from, how much control they felt they had to prevent a bTB incident and where they went for advice, and in relating this back to their risk of disease.

This piece of work highlights why it is so important that APHA scientists collaborate with researchers from a range of scientific disciplines, and how pooling this expertise can help to unpick complicated problems such as bovine tuberculosis.

Thank you to Jenny Broughan for providing information for this blog.