Jane Goodger talks about how we communicate our science and highlights some noteworthy achievements in recent months. 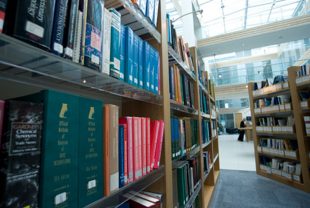 Publishing in scientific journals is a key objective for APHA scientists and is almost always an important objective in any research project we work on.

The roots of scientific publication go back hundreds of years, to the British Royal Society, and the aim of publishing scientific work remains the same - to create a public record of knowledge, encourage scientists to speak to each other, share ideas and learn from each other.

Whilst we aim to publish in top scientific journals wherever possible we’re also mindful that APHA’s science is predominantly applied, translational and customer focussed. This means that some of our work will be published in trade journals or as information booklets etc. – essentially somewhere that’s accessible to our wide range of stakeholders.

We have a great publication track record. Analysis carried out by STAR-IDAZ (Global Network for Animal Disease Research) from 2006 to 2010 put AHVLA (as we were known then) as fifth in the world ranking for publications in infectious and parasitic diseases of production animals; and first in the UK with over 12% of the national share. That’s not bad for an institute that focuses on applied rather than blue sky research!

Our impressive track record continues and it’s great to see that we’ve exceed our publication target with around 200 peer reviewed publications in 2016-17.

See GOV.UK for a detailed list of all our publications. 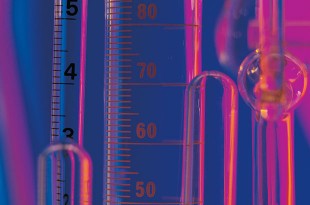 It’s also really exciting when publications by our scientists are selected by journals as being particularly noteworthy.

In October 2016, Luke Randall’s paper ‘In vitro investigations into the use of antimicrobials in combination to maintain efficacy of fluoroquinolones in poultry’ was published in Research in Veterinary Science. In January 2017 the Editor-in-Chief of the journal selected Luke’s paper to be the highlighted manuscript as the Editor’s Choice of January 2017.

Luke has a background of working for the pharmaceutical industry, but has worked for APHA as a research scientist since 1992 where he has been specialising in antimicrobial resistance in bacteria from food animals.

The work in the above article describes a laboratory study looking at how combination antibiotic therapy could be used to reduce the occurrence of bacteria resistant to fluoroquinolones (FQs) in poultry. FQs are broad spectrum antibiotics that are critically important for treatment of many types of bacterial infections in humans and are occasionally used in poultry, where they can potentially select for resistant bacteria. Combination therapy using different antimicrobials in human medicine has been successfully used to treat bacteria and to reduce the occurrence of bacterial resistance.

Luke’s study showed a reduction in FQ resistance when a FQ antibiotic was used in combination with an antibiotic of a different class, but because of the way antimicrobial therapy is normally given to poultry, agricultural use of combination ‘antibiotic’ therapy may be an undesirable approach. However, the work by Luke and his team can be regarded as proof of principle of the potential value of combination therapy when antimicrobials are used in food animals. A combination of an antibiotic and a non-antibiotic antibacterial such as an essential oil would be a promising avenue for further work. Resistance to antimicrobials in bacteria such as E. coli in poultry that may contaminate meat at slaughter has been a concern for some years, and therefore the work carried out by Luke’s team is valuable and clearly appreciated by Research in Veterinary Science.

Luke was also part of the APHA team that has provided data over several years of study which was used in the EFSA Scientific Opinion ‘Risk for the development of Antimicrobial Resistance (AMR) due to feeding of calves with milk containing residues of antibiotics’. This opinion was published on EFSA's website in January 2017.

One of the conclusions from this opinion was that dairy calves fed milk from cows treated with intra-mammary antimicrobials have a higher probability of shedding bacteria with reduced susceptibility to antibiotics through their faeces, than those that aren’t.

Another recent publication that has been noted is by Muna Anjum. Muna is also part of our Bacteriology Department and her expertise is in the area of understanding genetic diversity of pathogens (microorganisms that can cause disease).

Muna’s article ‘Screening methods for the detection of antimicrobial resistance genes present in bacterial isolates and the microbiota’ was published in Future Microbiology and was one of the journal’s most-read 100 articles in 2016 across all Future medicine journals by the publisher Future Science group. This is another great achievement and demonstrates the high impact of APHA scientific opinion.

Other noteworthy publications include a series of papers following the detection of a novel antibiotic resistance in bacteria from pigs. We published evidence of its prevalence in the food animal population and the mechanism of the identified resistance to colistin (a last line human antibiotic) which informed advice on the use of colistin in animals. Take a look at -

We also have some highlights among publications within the Animal & Zoonotic Viral Diseases Portfolio in the past year. The recent outbreaks of avian influenza have reinforced the importance of this pathogen, both as a disease of poultry and also of man.

The EU FLURISK consortium, of which APHA is a leading partner, produced a comprehensive review of the subject, identifying key transmission criteria for assessing the risk of influenza A viruses in domestic animals.  As well as summarising the current position, this work has identified important areas for future research, to better inform risk assessment. A more focussed article from a global consortium, of which APHA is also part, describes the role of migratory birds in the global spread of H5N8. Science 354 (6309) 213-217.

In the area of virus discovery, colleagues in the Virology Department contributed to a paper describing the full genome sequence of a new virus called Lleida bat lyssavirus, related to rabies virus, isolated from a bent-winged bat (Miniopterus schreibersii) in Spain.

The almost simultaneous emergence of 2 different genotypes of porcine reproductive and respiratory syndrome virus in the1980s and early 1990s was a notable event in animal virology, made more remarkable by their subsequent global spread and rapid evolution. APHA scientists have collaborated in a study which describes the differing disease and pathology in pigs infected with three distinct strains of PRRS type 1 from Europe, illustrating that genetic changes are also paralleled by differing virus tropism and pathology.

Parasites have also featured among our publications, with the detection of babesiosis in dogs in Harlow, Essex, likely the result of transmission via a bite from a local population of the tick Dermacentor reticulatus and the detection of Theileria luwenshuni in sheep in GB, possibly associated with the historical introduction of Asian deer species.

Our international work on viruses also involves wildlife species and resulted in a notable publication that provides important advice on treatment for Asian elephants infected with elephant endotheliotropic herpesvirus-1A, which is usually fatal.

Another paper reports the results of an important trial of oral rabies vaccine in Ethiopian wolves, which are at risk of extinction due to this disease. The trial unequivocally proved the feasibility of this approach and offers hope of controlling and eventually eliminating this disease from this endangered population.

The team also co-authored an identification of 10 key areas for research and action with regard to alien pathogens and their effect on native ecosystems. 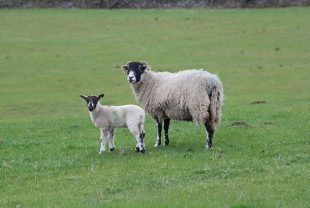 One study, published in Veterinary Research, was about experimental transmission of (atypical) L-type BSE to sheep and the data indicates that current statutory active screening methods would be capable of detecting cases of L-type BSE in sheep and identifying them for further investigation.

Findings from the second project - transmission of scrapie to lambs via goat milk - has been published in BMC Veterinary Research. After demonstrating that classical scrapie can be transmitted via milk to sheep in the first part of the project, this later study confirmed that scrapie can also be transmitted via goat milk (new-born lambs fed milk from scrapie-affected goats due to the unavailability of goat kids from guaranteed scrapie-free herds). The study also showed that transmission happened even when donors were at an early (preclinical) stage of infection. Results from these milk transmission studies in sheep have resulted in an amendment of Regulation (EC) No 999/2001 for the prevention, control and eradication of certain transmissible spongiform encephalopathies to include protective measures in relation to milk and milk products coming from classical scrapie infected flocks or herds.

Take a look at a list of all our publications on GOV.UK