Epidemiologists at APHA have teamed up with researchers at Oxford University to try and identify what risk factors drive the spread of bovine TB in different areas. 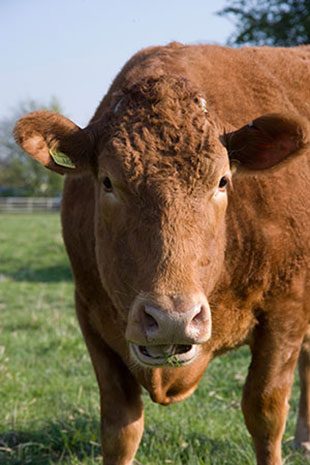 In a recent blog we described how scientists at APHA have been assessing the spread of bovine tuberculosis (bTB) by teaming up with researchers from a number of universities.

These collaborations have allowed us to share our varied expertise to help identify the factors that are associated with the spread of endemic bTB in England and Wales.

One of the benefits of these collaborations is that we have been able to apply analytical techniques to bTB data that we haven’t used before.

The distribution of bTB varies across Great Britain, with incidence being highest in the south and west of England, along the Welsh/English border and in western counties of Wales. When analysing bTB data, this geographical variation needs to be accounted for otherwise risk factors that are particularly important in one area may overshadow the analysis, and mask risk factors that are important in other areas.

In collaboration with researchers in the Environmental Research Group Oxford, we have used an analytical technique called Geographically Weighted Regression (GWR) to account for spatial variation in risk factors when modelling the spread of bTB. Unlike traditional regression techniques that try to fit a single model to the whole dataset, GWR produces separate models for different spatial regions, and this helps us to understand which risk factors are most important in each area. This is important since by understanding what is driving the spread of bTB at a local level we can tailor interventions to suit the local situation.

Can we predict where bTB will spread?

Our findings have recently been published in the journal Stochastic Environmental Research and Risk Assessment. Through the testing and application of this method, we have demonstrated that factors related to flooding, disease history and the presence of multiple genotypes of bTB may be associated with the rate of spread of endemic bTB. In addition, the GWR results have allowed us to identify specific regions that could be investigated in more detail to predict local level spread.

This work is the first attempt to explore the factors associated with the spread of endemic bTB in England and Wales using GWR. We have demonstrated that GWR can identify regional differences in the factors associated with bTB spread. However, interpretation of these complex regional differences is difficult. Additionally, we have shown that an alternative analytical technique called Boosted Regression Trees analysis can produce comparable outputs to GWR, and might be used to predict the spread of bTB – something that would be of great value to policy makers.